Get the FREE Restore Recipe Book

Note: replace this with Inactive Widget to reenable preheader message 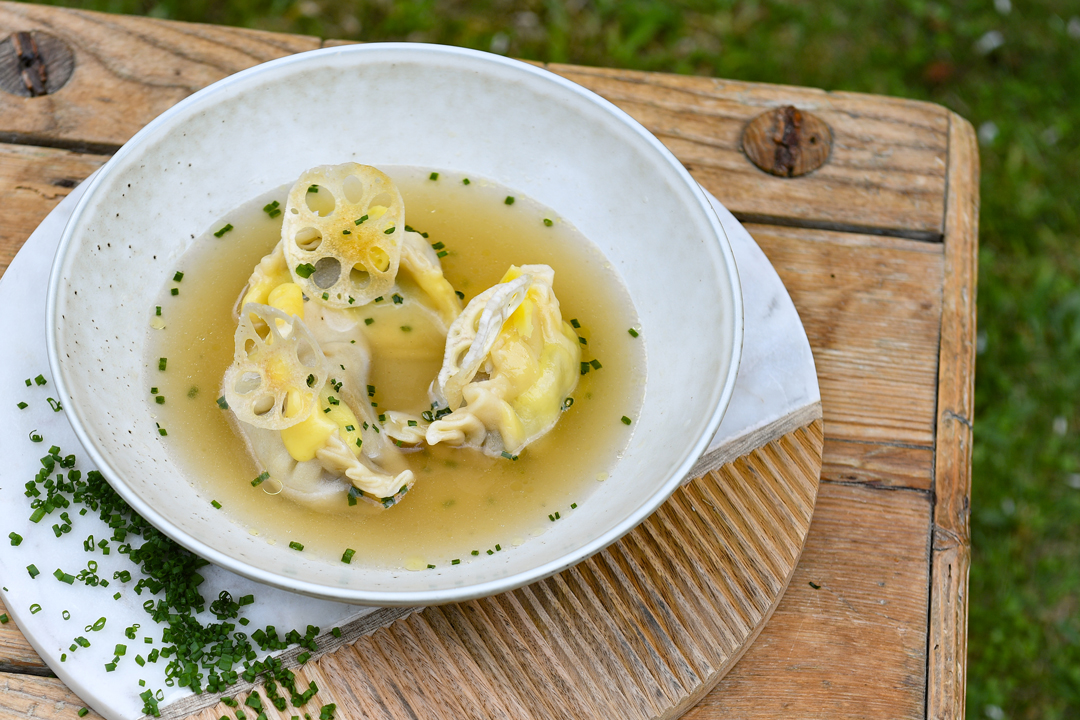 This recipe makes 24 large dumplings, but you can make them any size you like

For the dough, you can buy ready to use dumpling wrappers.  Alternatively, mix together the flour, salt and cornflour.  Add in the water and mix to form a smooth dough.  Place the dough in a bowl to rest, covered for 10 minutes.  Knead the dough and rest again, covered for 20 minutes.  The dough should be soft but not sticky.

For the filling, heat a large heavy based saucepan.  Add in 2 tbsp of the oil and brown the mince well.  Remove the mince from the saucepan and add in the rest of the oil if needed, along with the onions and salt.  Brown the onions well and once they begin to caramelize, add in the butter and continue to scrape the bottom of the pan.  Deglaze with a little water if needed.  The longer you do this, the deeper the flavour will become. Add the browned mince back into the saucepan with the onions, Worcestershire sauce, brown sugar and black pepper.  Stir well, add in ¼ cup of the bone broth and simmer for 5 minutes.  Set aside to cool.

Prepare the garnish by thinly slicing the Gruyere and chopping the chives.  Thinly slice the lotus root (1mm thick) and pan-fry in a little canola oil until crisp.  Drain on a paper towel and season.

To prepare the dumplings, roll the dough into a log and cut into small disks (around 15 g each).  Roll each piece into a ball then roll out with a rolling pin to around 1mm thickness, trying to make the edges thinner than the centre.  Place a tablespoon of the cooled filling at the centre of each wrapper.  Wet the top edge with a little water if needed and fold over the wrapper, squeezing out any air as you go.  Make little crimps in the edge to seal the dumpling.  These can now be steamed for around 12 minutes or boiled in a large pot of salted water for 4-5 minutes.

To serve, heat bone broth in a saucepan and season with salt.  Place cooked dumplings in a serving bowl.  On each dumpling, place a slice of Gruyere and pour over the boiling broth to come halfway up the dumplings.  Garnish with fried lotus root, chopped chives and a few drops of truffle oil.